WordPress 6.0, the second major update of 2022, was made available earlier today.

The WordPress 6 release is imminent, with some significant enhancements. Only four months after WordPress 5.9, WordPress’ most recent release is anticipated to bring a brand-new surprise. However, WordPress 6.0 had a beta release that could be tested earlier.

This new version introduces a new method for creating websites and includes significant updates to the entire site editing experience.

We’ll show you what’s new in WordPress 6.0 in this article, along with which features you should give a try once your websites have been updated.

Users will undoubtedly benefit from WordPress 6’s release as it offers more advanced features and improved security.  This gives them more comfort and dependence on the platform.

In the most recent update, WordPress’ full site editing feature was already introduced to you. However, WordPress 6.0 has improved the feature, even more, offering users more versatility. You can edit your entire site, including the themes, headers, footers, sidebars, and other elements, along with the content, using the complete site editing option.

By using the same block editor that you use for your page and posting content, you may modify the themes for your website. The block editor makes it very simple to update and change theme layouts dynamically. You will require a block-enabled theme that supports this fantastic feature in order to utilize the complete site editing feature.

WordPress 6.0 offers a simple method for switching between theme styles. To view the available styles in your theme, all you have to do is click the style button in the upper right corner and then move to the Browse Styles page. This is advantageous for theme designers since it allows them to swap between several styles that are preset for their themes.

It enables the export of the WordPress block theme.

The ability to export your WordPress block theme to a separate WordPress site is another intriguing feature introduced by the WordPress 6 version. To put it another way, you can import your custom layouts, templates, and styles along with all of the changes you make to a new site using the block theme you use for the current one.

The theme will incorporate all the changes you made to the original theme once it is installed on that WordPress website.

List of New Blocks in the Editor for Block Themes:

Here are some new blocks that WordPress has added to its most recent release that you may use in your theme and templates:

WordPress 6.0 introduces a new block called the Comments query loop block. It boasts sub-blocks for things like comment date, comment content, edits link, and so on. To make your comments interesting and distinctive, you can change these sub-blocks separately.

WordPress 5.9’s excerpt block allows you to enter just the text you want to use for the “Read more” link. WordPress 6.0 includes a distinct block where you may customize the link’s content, background, and border to make it stand out more.

The “Post Author Biography” section is another noteworthy addition to the theme editor. This is now functional in conjunction with the Post Author and Avatar blocks.

You can show a user’s Avatar by using the avatar block (profile picture). With this block, you can decide whether to highlight the Avatar of the current post’s or page’s author or display the avatar of a specific user.

The good news is that WordPress highlights this component in each of its versions as well. Almost all of the updates include, in some way, the inclusion of new features or improvements to the ones that already exist. Let’s look at some of the noteworthy changes to the block editor in WordPress 6.0

Choosing text from numerous blocks at once was difficult in prior iterations since the selection frequently affected all the text in a block. However, WordPress 6 allows you to pick just the desired text from a block.

One drawback of reusable blocks is that any alterations made by the user are preserved. That suggests that the previous changes you made to these blocks won’t be kept. To address the problem of alterations by other users, WordPress 6.0 is anticipated to provide this fantastic functionality for reusable blocks.

The feature will display a popup with your choice(s) of one or more of the three options: Restrict editing, Disable movement, and Prevent Removal.

Blocks for responsive groups and rows:

You may also choose how you want blocks to function on various screen sizes with WordPress 6.0. You would have the choice to display the blocks inside group blocks as a row or a stack. But you may also select many blocks and then decide whether to arrange them in a row or a stack.

Let’s have a look at some additional interesting block editor improvements that you can use in the next WordPress 6 version.

The constant effort WordPress makes to enhance its functionality is one of its most notable characteristics. Its usability has increased whenever you contrast its most recent version with the prior one. Users are likely to find WordPress to be more user-friendly even with version 6.0.

There are numerous accessibility enhancements in WordPress 6.0 that will help users. The following are some of the accessibility upgrades.

Are you excited about the release of WordPress 6?

We firmly believe that people will enjoy using the captivating features that the WordPress 6.0 beta version has brought to light. With the advent of these features, all forms of editing jobs that people carry out on their WordPress sites will be simpler and easier.

Which of these enthralling new features and enhancements are you most eager to see? Please share your thoughts in the comment area. In addition, you can express your opinions on the new features that will be included in WordPress 6.0.

Browser Cache in Major Browsers Woocommerce Builder for Elementor Improve your Website Speed
Like this article? Spread the word

Ferdous is a WordPress aficionado with a good sense of cinema. He enjoys reading books and playing football in his spare time. 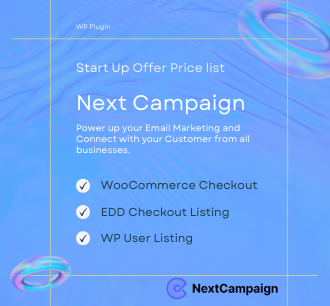 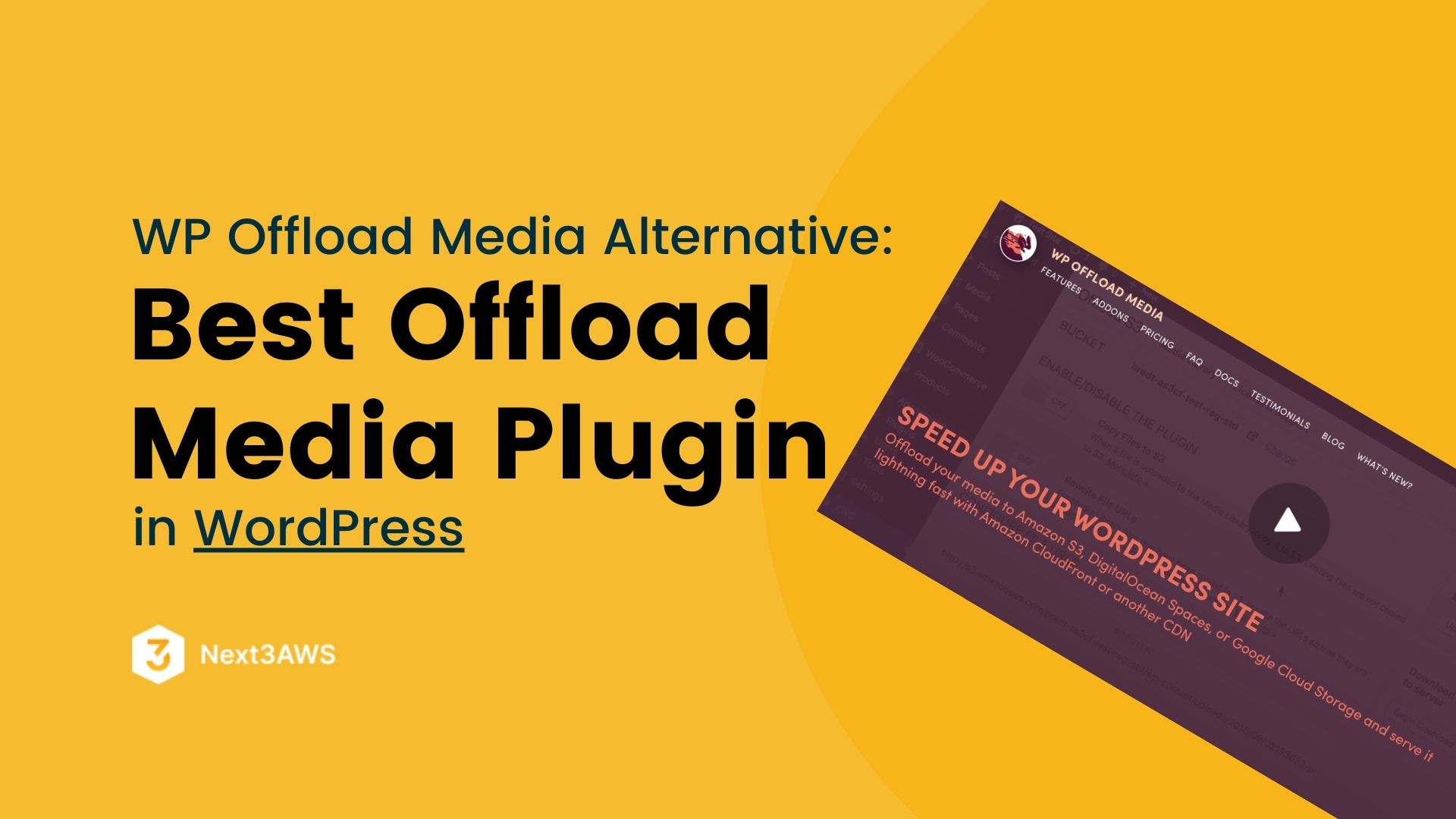 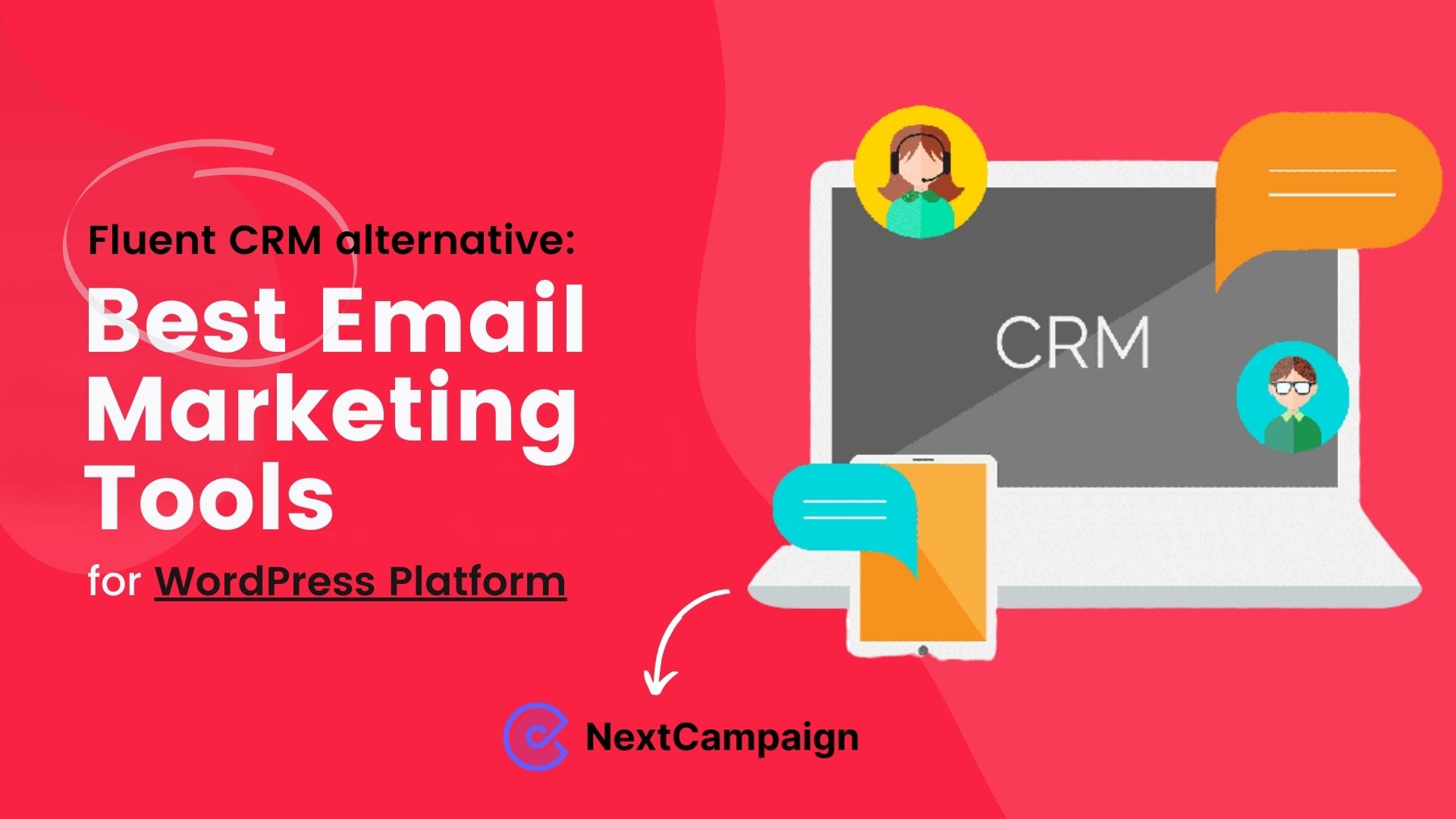 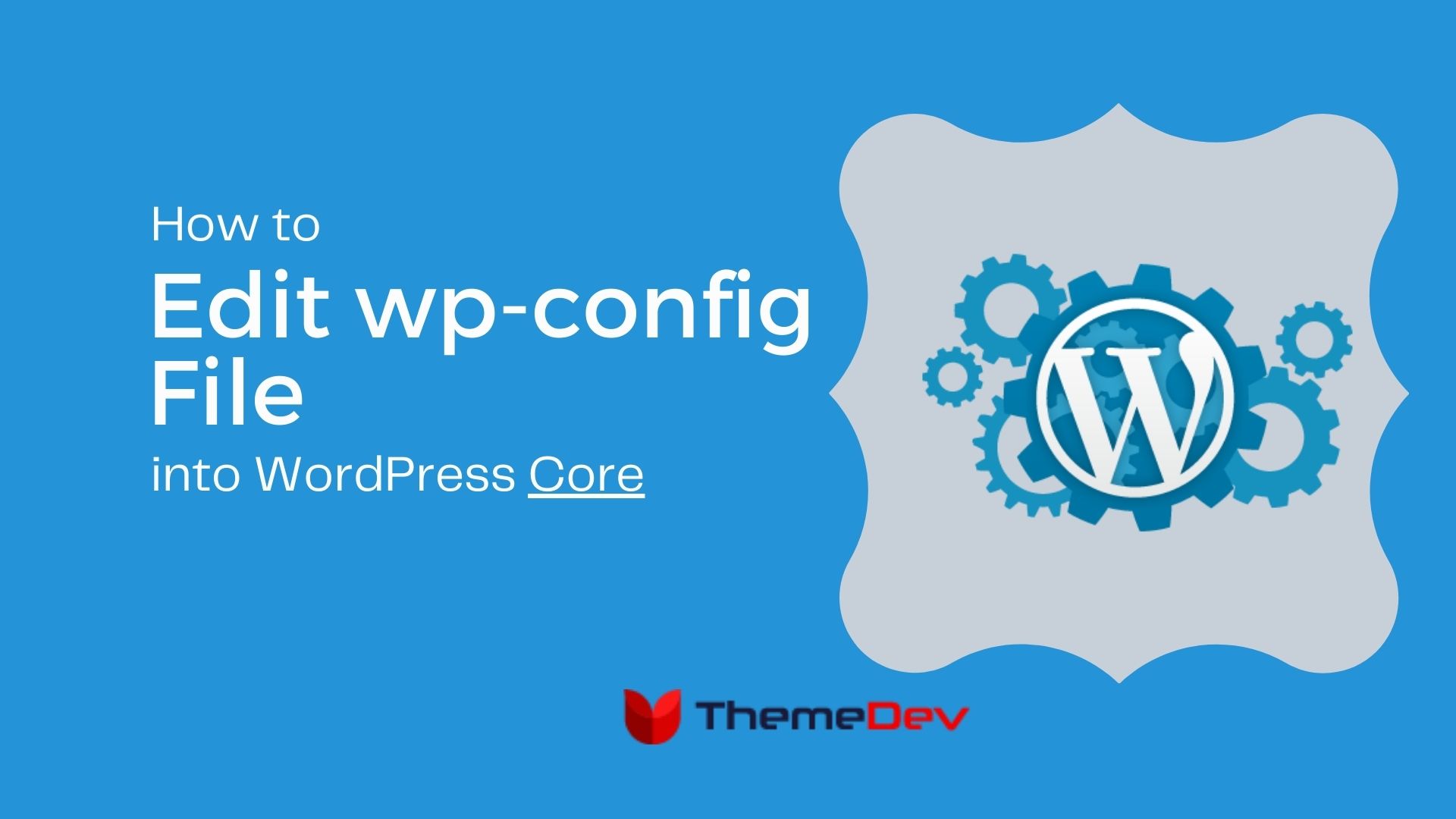 How to Edit wp-config.php File in WordPress February 11, 2022 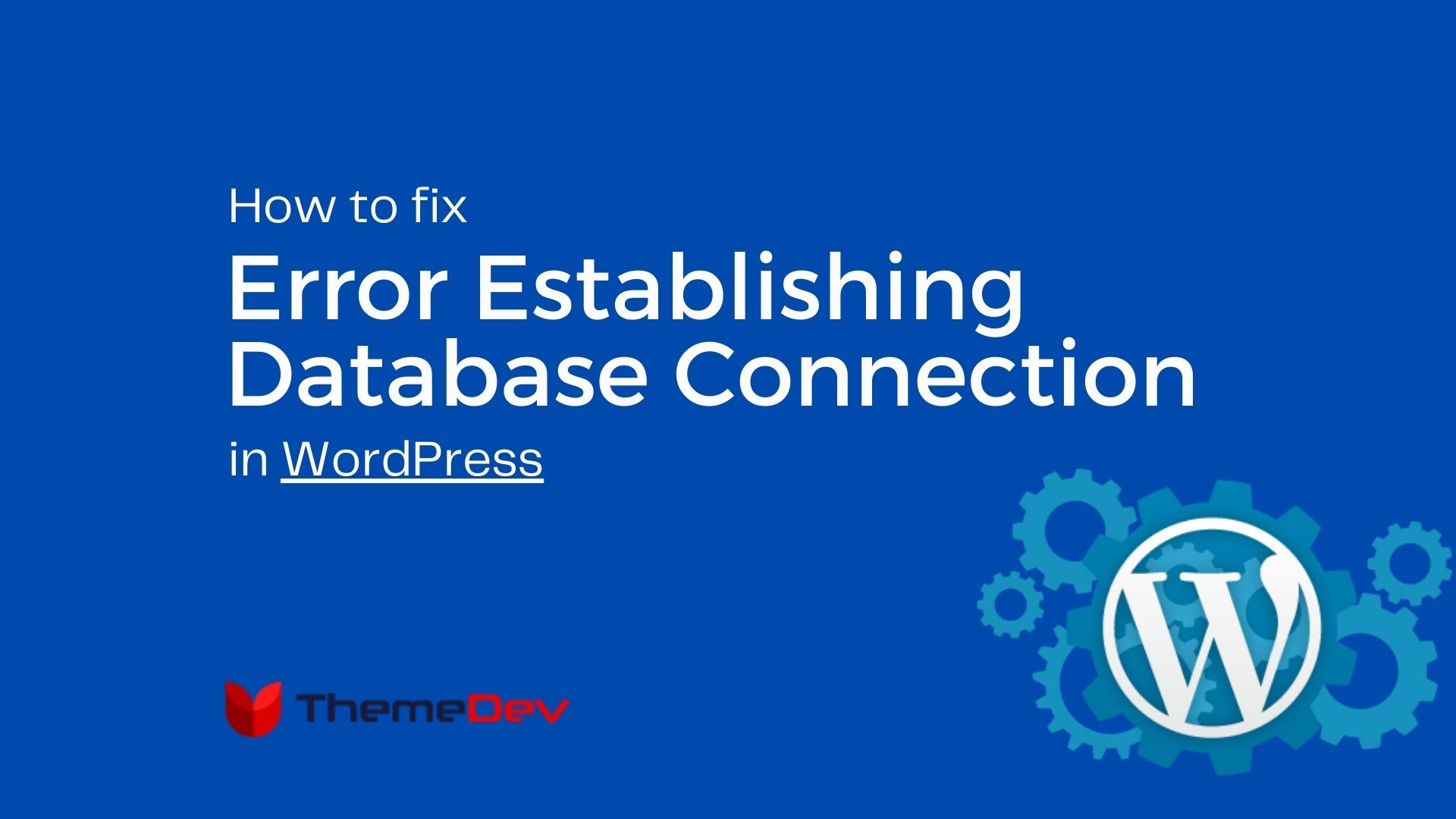 How to Fix the WordPress Error Establishing a Database Connection January 07, 2022